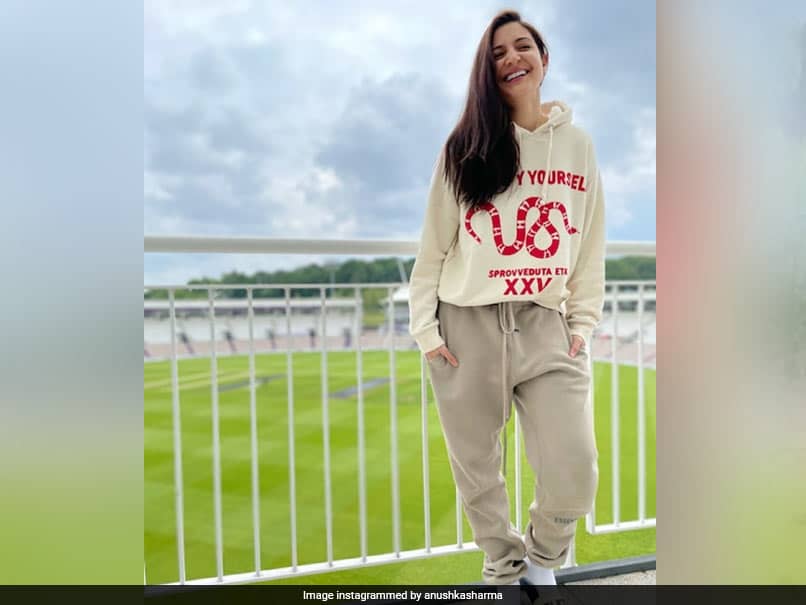 
Anushka Sharma, who’s in England together with her cricketer husband Virat Kohli, took to Instagram on Wednesday to share a glimpse of Southampton’s climate together with her followers. Anushka posted a boomerang video in her Instagram story and wrote “That sort of English summer time,” together with a cloud emoji. Anushka and Virat together with the remainder of the Indian squad arrived in England on June 3 after quarantining in Mumbai. On Saturday, Anushka had posted an image of herself from The Ageas Bowl stadium, the venue for the inaugural World Test Championship (WTC) closing, with a broad smile on her face that quickly went viral on social media.

In the WTC closing, India will tackle Kane Williamson-led New Zealand in Southampton. The match is scheduled to start on June 18 with June 23 to be saved as a reserve day.

After arriving on the venue, India captain Virat Kohli too had posted an image of himself with the bottom within the background as he expressed his emotions in regards to the venue.

Team India, after finishing their three-day laborious quarantine, have began making ready for the summit conflict towards New Zealand. The likes of Ravindra Jadeja, Mohammed Siraj and Cheteshwar Pujara shared photos of them hitting the bottom as they gear up for the all-important conflict.

While India are making ready at The Ageas Bowl, New Zealand are set to play a Test match towards England, beginning Thursday at Edgbaston.

The Kane Williamson-led aspect performed out a draw towards England within the first Test at Lord’s final week which noticed their opener Devon Conway smashing a double-century on debut, breaking Sourav Ganguly’s long-standing report.

Pakistan’s Foreign Minister fumbles when asked if Osama is a ‘martyr’; questions arise over government stand